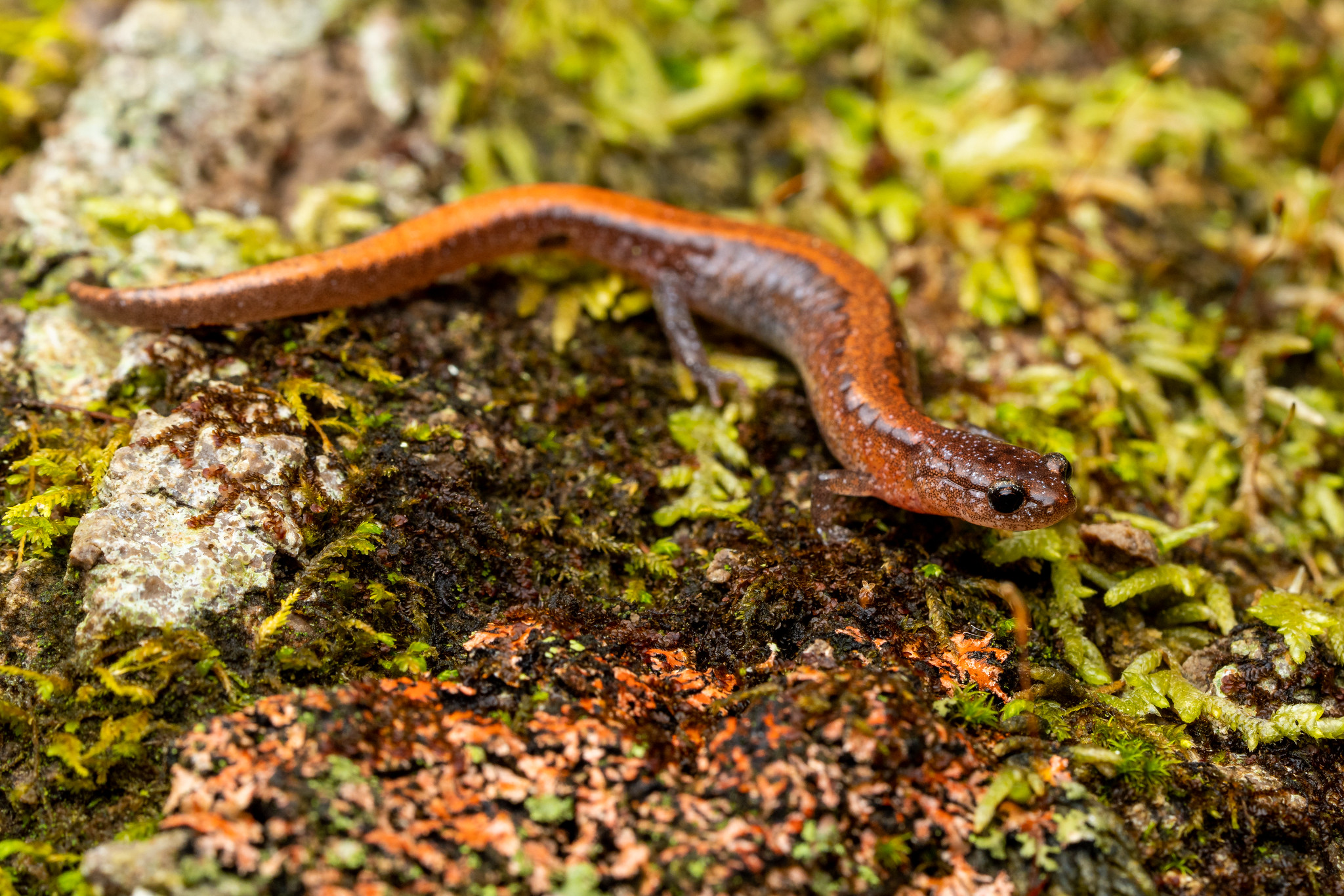 Welcome to a new, semi-regular educational series I’d like to start for focusing on all kinds of details about herpetofauna in Mississippi. (you can click species names to go to their respective pages if you’re curious about what I’m talking about!). A lot of these species highlights will be directly incorporated into the respective species profile for much more detailed information on each animal.

For those not familiar with this secretive salamander species, they are small (2-3 in; 70 – 80 mm) reddish woodland salamanders that inhabit wet or mesic forests in the southeast US (Petranka, 1998). Here, they are mostly associated with rocky geologic formations in the western part of the state, though another group exists in mixed pine hardwood forests in the southeast plains ecoregion in Winston County. The pattern on the back is most often a wide, jagged orange stripe but individuals found in Winston often exhibit a spotted variation. In Mississippi, where the species is listed as S2 (imperiled), they require natural, rocky outcrops for their persistence in the small areas of habitat they have left (Mann and Mann, 2017). The protection of these outcrops, the surrounding forested habitat, and area for their breeding migration is crucial for their survival. I’ve had the privilege of helping on Tom Mann’s long-term salamander site, where he tracks moving amphibians on a busy road. Without the help of these researchers and volunteers, hundreds of salamanders would perish to the unforgiving impacts of vehicle traffic speeding through critical habitat on rainy nights each year.

Plethodon websteri was first described in 1979 by Richard Highton. It was the first salamander species to be solely described by molecular characters (things we can only detect using laboratory techniques such as genetics or chemistry). In other words, the species looked too similar to Plethodon dorsalis (Northern Zigzag Salamander), the salamander it was previously thought to be. We don’t need to worry about confusing this species in Mississippi as only the Webster’s Salamander ranges in the state. This is commonly referred to as a cryptic species: a distinct species that looks very similar or even identical to another close relative, and is often only distinct through reproductive or geologic isolation instead of also looking different. Cryptic species are often overlooked, and may not be described or known to exist for decades! Some other cryptic species examples found in Mississippi are the Southern Gray Treefrog, the Mississippi Slimy Salamander (although recently brought into question by Guyer et al. and Joyce et al.), and the Pearl and Pascagoula map turtles. These were all previously thought to be other already named species.

Webster’s Salamanders eat small invertebrates found within the forest leaf litter and in their below-ground refugia. They are most active in the fall months, typically emerging from summer subsurface structures during the first cooler rains of October (Semlitsch & West, 1983). October and November are when they typically breed; females will pick up male spermatophores (also called sperm plugs) to fertilize the some 6 eggs she may be carrying. Like all Plethodon, they are direct developers, meaning they look just about the same as adults, just tiny! No aquatic larval stage needed. Upon hatching, Webster’s Salamanders are some of the smallest of all Plethodon .

Now to some of the current research involving these salamanders in Mississippi. Mississippi has two clades of Plethodon websteri, the Type Clade found in east-central MS in the southeastern plains and the Ridge and Valley region of Alabama, and the Semlitsch Clade, occupying sandstone deposits of the Mississippi Loess Hills and Piedmont regions of Georgia and South Carolina. In MS, the nearest populations of these two clades are only ~ 90 miles apart but have been separated for over 4 million years (Feist et al. 2019). Basically, these two populations have been separated long enough to exhibit significant genetic differences. They may be warranted splitting and named different species after future research. Genetic and phylogeographic analysis of these two monophyletic clades has laid the potential groundwork for describing them as distinct, cryptic species, and morphological analysis to corroborate this hypothesis is currently being conducted by some Mississippi herpetologists. One potential key character between these lineages is the presence of a light ventral stripe, only present in life in some of the clades (Tom Mann, pers. comm.). I look forward to seeing what research comes out involving this salamander in the coming years, and who knows, maybe I’ll have another salamander to add to this website’s list. 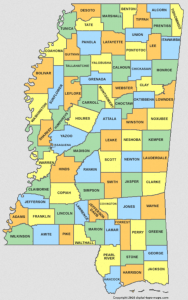